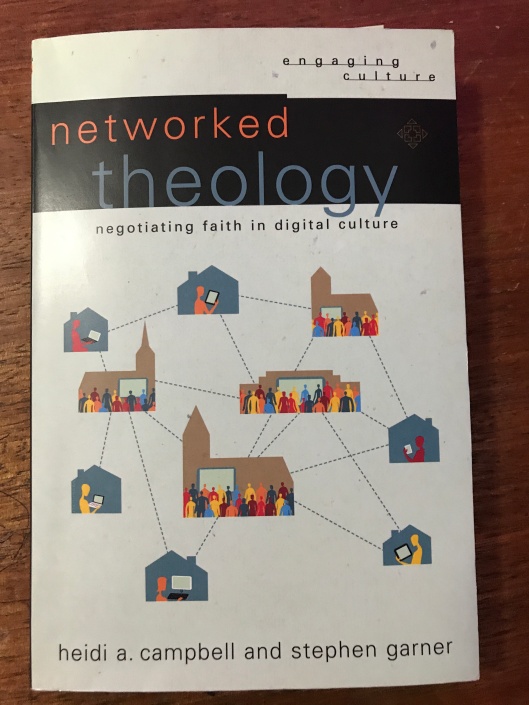 Heidi A. Campbell is associate professor of communication at Texas A&M University. Stephen Garner is head of school in the School of Theology at Laidlaw College in Auckland, New Zealand. This book, one in a series by Baker Academics in Engaging Culture, edited by William A. Dyrness and Robert K. Johnson, is an attempt to discover how religion, specifically Christianity interacts with the New Media.

The book started with a good overview of the technology and how a networked world came into being. The crash course to explain the New Media is particularly interesting. The new media is basically the digital technologies as compared to the old one which is analogy. Being digital enabled the media to be transformed in ways that are continually evolving. One way to describe the new media is Web 1.0, 2.0 and 3.0.  Web 1.0 describes the early stages in the 1990s of the internet and the “world wide web” (www) and email were the most popular means of communication. Along came Web 2.0 in the early 2000s with the rise of blogs, websites which allowed more interactivity. These platforms expanded to Facebook, Twitter, Whatsapp, and YouTube. In the last few years, Web 3.0 appears with cloud computing, mobile multipurpose smart devices and smartphones. Already, there are signs that Web 4.0 has already arrived. Web 4.0 deals with augmented reality (VR) technologies. It is amazing how fast these new technologies have been adopted by communities worldwide. What is even more amazing is how rapidly these technologies became embedded into their cultures. These technologies enable connectivity and networking on a level that never existed before. Hence a networked society.

In these networked societies, Christian communities have been interacting, adapting and using it in their daily and religious lives. The authors suggest that what these communities need now is a ‘networked theology’.

The Church has the means to come to terms with the existing technologies of its era and appropriate it for her use: written books, printing press, telephones and the internet. At times the technology became the means to shake the Church or reform it. One example is the printing press and the Reformation.

The authors have argued persuasively that a networked theology should be based on the biblical foundations of seeking and loving our neighbours. However, their arguments are often on how to use the technologies as a means to live in the networked world than as means to know God. Technology is not God and one has to be careful in the discussion as to not mistake the means for ends. In a similar vein, perhaps we should have motorcar theology or a theology of reading if we are too focused on the technology. More explanation should be given in what is networked theology rather than what it can do. Both authors are distinguished scholars and have contributed significantly to the Digital Religion studies. This book attempted to merge the results of their years of research and study: Campbell’s media studies and Garner’s theological studies. With respect to both authors, I felt that they have not proven that there is such a concept as Networked Theology. Theology is according to their definition ‘teaching or study of god (p.10). What they has postulated is a nuanced interaction of Christianity in a networked society. The book is not without its merits. It provides an overview landscape of the New Media in which the church as to navigate.