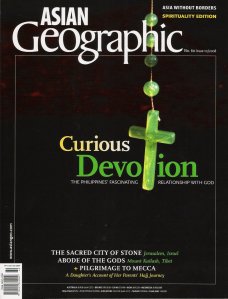 Spend an enjoyable few hours reading this Spiritual Edition of Asian Geographic No.60. Issue 10/2008. The magazine contains articles about many religions

Also an article on Caodism. Founded in 1926 by Ngo Van Chieu, Cao Dai is the third largest religion in Vietnam after Buddhism and Roman Catholicism. The religion draws on the teachings of Confucianism, Buddhism and Catholicism. Its patron saints includes Sun Yat-sen, Vietnamese prophet Nguyen Binh Khiem, Joan of Arc, William Shakespeare and Valdimir Ilyich Lenin.

Another article on The Golden Rock or Kyaiktiyo, one of the holiest site in Myanmar. Legend has it that the rock is balanced by a single strand of Buddha’s hair.

Belief in an Age of Skepticism?”
March 4, 2008, at The University of California, Berkeley

Noted pastor and author Dr. Tim Keller discusses the place of exclusive truth in a pluralistic society in Wheeler Auditorium, followed by a Q&A session.

Hosted by Reformed University Fellowship, Dr. Keller’s talk is part of The Veritas Forum at Cal, following Francis Collins’ lecture in February on Christianity and science.

Thomas Merton lived the last few years of his life in this hermitage… Filmed 5/31/08 using natural light on the finale day of Gethsemani III, a Buddhist/Catholic environmental conference… Web page – http://www.gethsemani3.info/ – Music by Fr. Cyprian Consiglio and John Pennington from the CD “Compassionate and Wise”

Can a Christian Practice Yoga? It depends on the individual Christian and the extent of his or her deep longing for union or Yoga that may lie deeply in the mind and heart. If one practices physical posture without the higher goals, it can hardly be called Yoga. It may be physical fitness, but it is no more Yoga than drinking wine and eating bread alone are Christianity. The point of this video is utterly simple. It is in support of Christians who would not want their communion practices with bread and wine denigrated. Practitioners of authentic Yoga also do not want their practices denigrated. Yoga is simply not a physical fitness program. It is a spiritual path or process. Nothing in this video is telling Christians to change their religious practices. It is suggesting that if one seeks the authentic goals of Yoga, then do it. If not, then don’t do it. But don’t distort and denigrate the true goals and nature of Yoga so that it matches your religion. 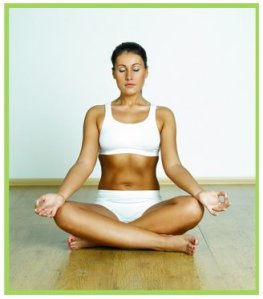 I visited ancient Corinth earlier this year. In front of the ruins of the temple of Apollo is a large area where the altar once stood. On festival days devoted to Apollo, hundreds of bulls were slaughtered until the gutter, specially built under the altar flows with blood. The priests cannot consume all of this meat so a lot if it ended up in the marketplace or agora, further down in the town. There is so much meat that butchers will not slaughter any more animals. Hence if anyone wants to buy meat, one will have to buy meat offered as a sacrifice to Apollo. This is the dilemma of the Corinthian Christians; buy meat offered as sacrifice to a false god from the agora or become vegetarians.

The ancient Corinthians believed that meat offered to the gods have special powers. Thus it is a blessing to consume such meat. Imagine if you are an ancient Corinthian Christian and do not believe in the god Apollo. How will you feel about eating such meat? Knowing that this contaminated meat will be digested and incorporated into your bodies. So what should you do? You ask your guru, St. Paul. “No problem,” St. Paul said, “meat from the altar is just a piece of meat and it will taste just as good going down. If you believe in the One true God, you will be okay. However, if you think it will a bad influence on other Christians then become a vegetarian” (1 Cor. 8: 1-13 my paraphrase).

In our religious worship and Christian traditions, there are many things borrowed from the different religions and cultures of different times and ‘sanctified’ as Christian practices. Ancient Mesopotamian religions tell of a ‘great flood.’ The Mithras cult from Persia which predates Christianity taught about baptism, table fellowship with bread and wine as blood and body of Mithras and even the fact that their god would die and rise from the dead in three days. Even the Greek word, logos, was adapted by St. John to mean the incarnate God. Many of our great Cathedrals were built on ancient pagan sites and even now, many of our churches face the east-west axis. Our church services are on Sunday (Sun god day) and Christmas on December 25th (ancient Roman pagan solar festival) which were also pagan holy days. So there always has been a tradition of adapting existing cultural and religious forms and ‘sanctifying’ them to become ‘Christian’ traditions. The foundational understanding is that everything is created by God and there is only one true God.

Yoga has its roots in ancient Indian philosophy. Its development and embrace by Hinduism may be traced to the earliest manuscript of the Brahmanas. In its long history, it has undergone many transformations. The yoga often referred to in our context which involves various standing postures (asana) is the Hartha Yoga as opposed to Raja Yoga which emphasise the seated posture (Padma-asana). The various postures of Hartha Yoga or the seated position of the Raja Yoga are but the beginning stages of the other seven limbs of yoga meditation. Hartha yoga, like the martial arts have a physical component and a deeper spiritual component. 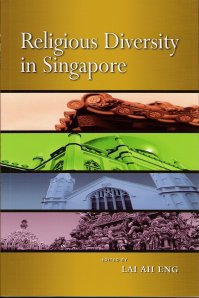 Lai Ah Eng (ed),2008, Religious Diversity in Singapore, Singapore: Institute of Southeast Asia Studies
This book collects together 34 contributors to 28 chapters highlighting the incredible religious collage that Singaporeans experience. It also highlights what is needed for a multi-cultural, multi-religious society to survive – tolerance and dialogue. While each contributor writes from his or her own religious tradition, there is a sense that these authors are careful in what they write in order not to offend practitioners of other tradition.
Being a sociological thesis, its emphasis is more on a nation living in harmony than in religious spiritualities. I like the title of one of the chapters, “Keeping God in Place: The Management of Religion in Singapore” which speaks volumes for the context of the rest of the book.
On the whole, its almost 600 pages is worth reading for the religious diversities and hopes of the various traditions.
.
Random musings and reflections on life, God and all that stuff (movies, comics, science fiction, spiritual formation, Christian education, biomedical ethics, post modern parenting, books, theology and philosophy)

Reflections of a Jesuit Scientist

George Coyne, SJ, associate pastor at St. Raphael the Archangel Church in Raleigh, N.C. He was formerly director of the Vatican Observatory.

Evolution as a scientific explanation of origins is often viewed as atheistic.
It is not.
Science, by its very methodology, is completely neutral with respect to religious considerations. But if one does believe in God, creator of the universe, can scientific knowledge be helpful in supporting and nurturing that belief?

I would like to discuss how a believing scientist like myself views, based on scientific knowledge, the nature of God and the nature of the human being. Such knowledge is basic to any discussion of faith, and I hope such knowledge complements that derived from philosophy and theology. Several criteria exist to determine the veracity of scientific theories, such as predictability, repeatability of experiments, simplicity or economy of explanation. There is, however, a growing awareness among scientists of another criterion: “unifying explanatory power” – not only are the observations at hand explained, but the attempt to understand is also in harmony with all else that we know, even with that which we know outside of the natural sciences.

The School of Theology (English) of the Singapore Bible College is celebrating their 50th anniversary. One of their projects is to hold a Theological Forum. I hope this will become an annual affair for them.

Dr Harold Netland is Professor of Philosophy and Intercultural Studies and the Naomi A. Fausch of Missions at Trinity Evangelical Divinity School.
The lecture tonight is on “Globalization, Cultures and Religions.” He is a friendly and I engaged him in a conversation. I also got him to autograph two of his books for my library (see below).
I am especially keen to know his thoughts about the effect of globalization on spiritual formation or discipleship. Tonight’s lecture laid the groundwork. I hope he gets into the nitty gritty tomorrow. 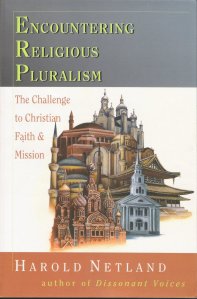